Did You Know… ? Poinsettia City By The Sea

Did you know… that Ventura is known as “Poinsettia City by the Sea?” There are now few poinsettia growers left but the it's still our official flower. 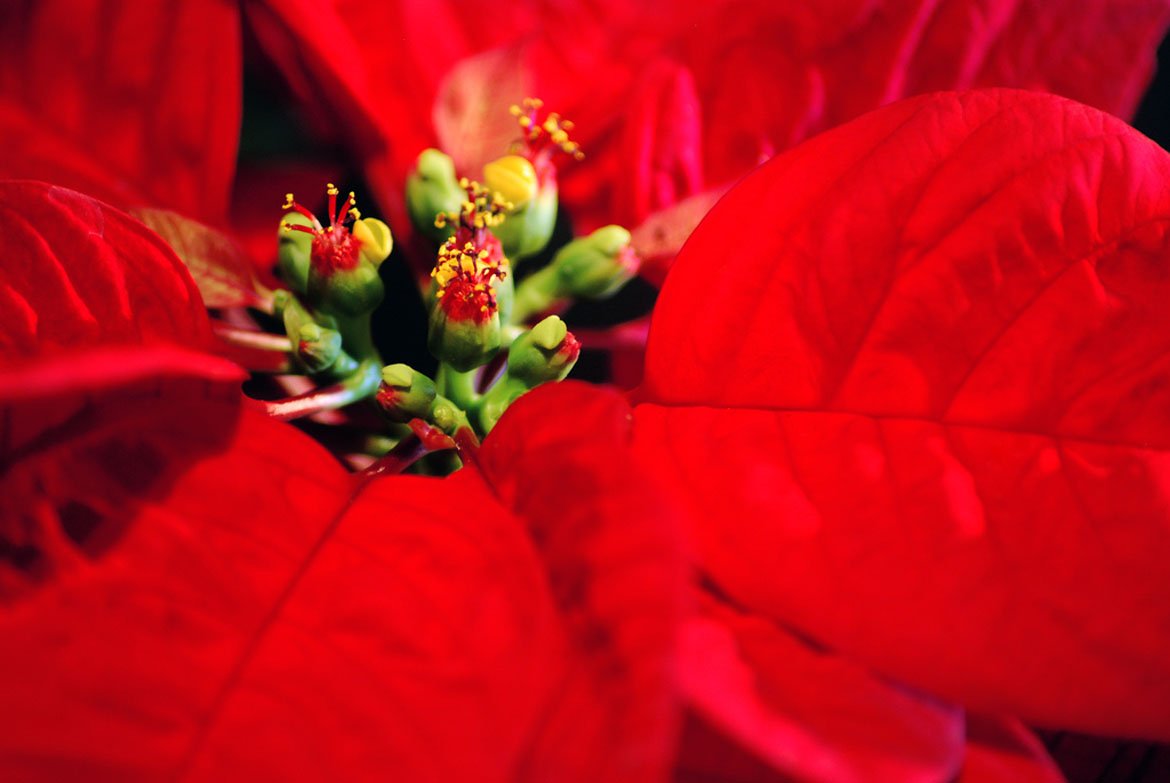 Did you know… that Ventura is known as “Poinsettia City by the Sea?”

Back in the day, Ventura was known as “Palm City” due to all of the palms scattered throughout our town. But, as Poinsettias became a large local crop, the name was quickly changed to “Poinsettia City by the Sea.” Today there are very few poinsettia growers left in our area but the tag line and official flower of Ventura have remained. 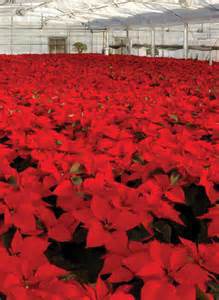 The plant we know today as the poinsettia was once used as a fever medicine! Native to Central America, the plant flourished in an area of Southern Mexico known as Taxco del Alarcon. The poinsettia may have remained a regional plant for many years to come had it not been for the efforts of Joel Roberts Poinsett (1779 – 1851). He was appointed as the first United States Ambassador to Mexico in 1825 but his real love was in the scientific field of botany. Mr. Poinsett later founded the institution which we know today as the Smithsonian Institution. Poinsett became enchanted by the brilliant red blooms he saw in Taxco and immediately sent some of the plants back to the US, where he began propagating the plants and sending them to friends and botanical gardens. And the rest, as they say, is history.

The popularity of the Poinsettia

It’s amazing just how popular the poinsettia is in the US. It is actually the most popular potted plant in the United States, with over 85% of its sales accuring during the holiday season. This notoriously difficult-to-farm plant was made popular by Paul Ecke in the 1950s and California’s Ecke Ranch now produces half of the world’s supply of poinsettias from a proprietary technique kept secret by the family until the 90s. 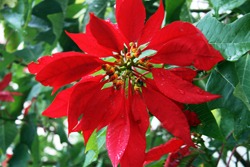 The Poinsettia is now one of the most important floricultural crops in the country, according to many professional botanists and The American Botanical Council! As you shift your spending to local this holiday season, remember even your poinsettias can be bought locally at any of our local farmers’ markets and produce stands. Total US poinsettia production was valued at $325 million in 1997. December 12th is now celebrated as National Poinsettia Day, marking the date of the death of its namesake, Joel Roberts Poinsett. On this day, we celebrate his life, his discovery, and note his unfathomable enjoyment of this lush plant.

The Poinsettia (or Euphorbia Pulcherrima), the so-called Christmas flower, isn’t actually a flower at all. The poinsettia’s distinctive red blossoms are simply bracts of red colored leaves that develop. The actual flowers are the tiny buds inside the bracts of leaves!

I grew up in Ventura and I remember one of my Mom’s friends having a large poinsettia shrub growing near her front porch. I have gotten my store bought poinsettias to turn red again the next year by covering them with a cardboard box for 14hours every night starting in October. They must gave complete darkness to turn red so I wonder how that shrub turned red in her yard. Maybe there were no streetlights, porch lights etc on her street off Ventura Avenue?