Though seemingly commonplace, droughts are a natural disaster with real consequences. Signs of the drought’s impact are already showing up here. 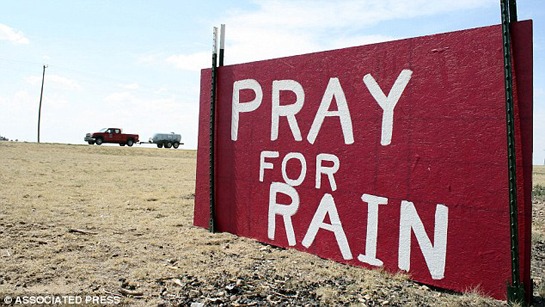 We are at a critical point

California’s Governor Brown recently made official what many of us have already observed: Drought has returned to California. It hasn’t been gone long. The drought declared in 2008 and lifted 2011 wasn’t really over; it was just taking a breather.

Living in Paradise Without Water

Droughts are the ugly flip-side of our otherwise spectacular Mediterranean climate. Commonplace though they may seem, droughts are a natural disaster, and they carry with them real consequences. Most natural disasters are dramatic. Think about a flood. A blizzard. A hurricane. The damage is immediate and profound. It is easy to visualize and empathize with the victims. It is also easy to know when the crisis has passed, and when the rebuilding begins. Not so with droughts. Things happen more slowly, and it may take a long time for things to get desperate. We all recognize the pictures of dry, cracked earth and shriveled corn that accompany droughts in the grain belt. A drought takes weeks to turn into a disaster once the rain stops. In Ventura County, it is going to take much longer to see the drought’s impact, but signs are already showing up. We are used to going without rain. Every April to November we live with drought that would cripple the grain and commodity farms of the Mid-west. Ventura County agriculture has evolved to accept the challenges of our otherwise beautiful climate. We have efficient irrigation systems, and well established groundwater management programs. Drought is what we are built for.

But as the dry years start to add up, a slow-motion disaster starts to unfold. In Southern California, a devastating drought may remain nearly invisible for a while. A complete loss of water, like that threatening the Northern California town of Willits, is several years away. But what happens in the meantime? 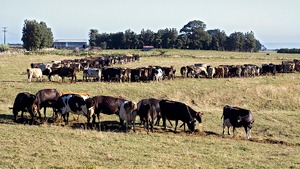 Cattle ranchers are already feeling the pinch. Ventura County’s grazing lands depend primarily on rainfall to keep them viable. With barely an inch of rain since last May, grasses have already failed to germinate. Small plants are disappearing quickly and larger chaparral vegetation will follow. Buying feed to keep a herd alive is possible, but very expensive. In the face of a persistent drought, ranchers are reducing their herds to get by.

The nurseries, fields and orchards that make up 100,000 acres of Ventura County cropland have irrigation systems help get them through. As the drought progresses, stress will build. Irrigated farmland still needs to get water from somewhere. Ventura County farmers are fortunate to have minimal dependence on the state water system which is already struggling. Our water comes from rainwater that is captured and stored in our underground aquifers, but the water levels in these basins are dropping. Shallow wells may soon find it hard to deliver their expected amounts.

Rain is more than just water

Rain has another important contribution to make. Without the benefit of cleansing rainwater, soil accumulates salts and minerals that damage crops. Several iconic Ventura County crops, particularly avocados and strawberries, are very vulnerable to salt. Irrigation water, increasingly needed to replace rainwater, will itself carry increasing amounts of salts and minerals. Declining water and soil quality will have a major impact long before water supplies run out. The drought will most easily be seen at our major reservoirs such as Lake Piru. Just as most of an iceberg’s mass is below the surface, so it is with our water. Currently Lake Piru is just under 25% capacity. Lake Piru is the just visible part of a system that supplies water to our farms and cities. Perhaps more importantly, water from the Lake and the Freeman Diversion in the Santa Clara River maintains the groundwater basins that underlie the entire Oxnard Plain. Unseen beneath our feet, the lack of water from Lake Piru is allowing these aquifers begin to fill with seawater.

Will this drought change us?

Will this drought force a change in cropping patterns in Ventura County agriculture? It’s too soon to say with any certainty, but it has before. A severe drought devastated the cattle industry in 1863 and 1864, pushing farmers toward grain crops. Just over a decade later, another severe drought caused the cash-strapped Rancheros to accelerate the breakup of their large estates. This subdivision of the land set the stage for the oil, oranges, and the railroad of the 1880’s which laid the foundation for modern Ventura County. 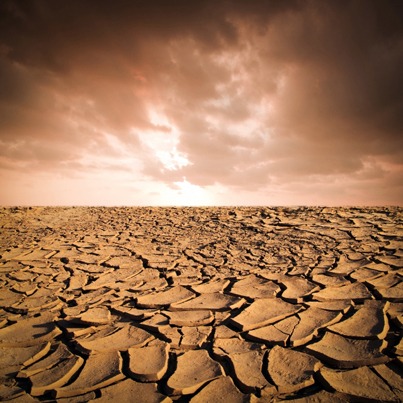 When the 2013 County Crop and Livestock report is released this summer, expect to see declines in a few areas. Strawberry acreage will be down. Some evidence points toward a 15% decline in planted acreage as concerns over water availability drove many strawberry growers to seek alternative arrangements. The acreage in long-term orchard plantings, like citrus or avocado trees, may change as growers consider whether to replace aging trees, but the crop output will certainly fall, even if acreage remains steady. Ventura County’s nurseries, still struggling to recover from the recession, are very sensitive to water quality and cost. Certain row crops may see increased yields during these warm winter conditions, but whether those increases are eaten up by increased water costs, will not be visible in the report.

Hoping for a “March Miracle”

Farmers across California are hoping for a repeat of 1991’s “March Miracle”, which delivered 17 inches of rainfall locally toward the end of that very dry winter. A repeat wouldn’t be enough to break this drought, but it would be a great start. Here’s hoping!

Did You Know… ? China Alley

We ask you to share this and help us encourage everyone to be water wise.

We turned off the sprinklers a while back and stopped washing the car. It is tough out there on those ranchers.

Everyone needs to pitch in. We all can conserve more. Little things add up fast.