Did You Know… ? China Alley

Did you know… that the Chinese community played a large role in Ventura’s history? Here's a snippet of that history and what Ventura has done to celebrate it.

Did you know… that the Chinese community played a large role in Ventura’s history? 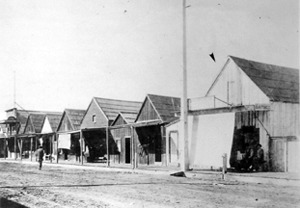 The original China Alley, circa 1870

Nestled on the block between the sea and the San Buenaventura Mission near the Figueroa St. Plaza, a Chinese community was established in the mid-1860s. Almost all of these early settlers came from the Guangdong (formerly Canton) province of southeast China. These merchants, laborers, farmers, cooks, laundrymen, ranch cooks, construction workers, fishermen, gardeners and servants conducted business and lived in crude small wooden buildings in tight quarters. These early pioneers maintained their language, traditional customs, rituals and found security in this small enclave which was known as China Alley (called Sui Mon Gong by its residents). 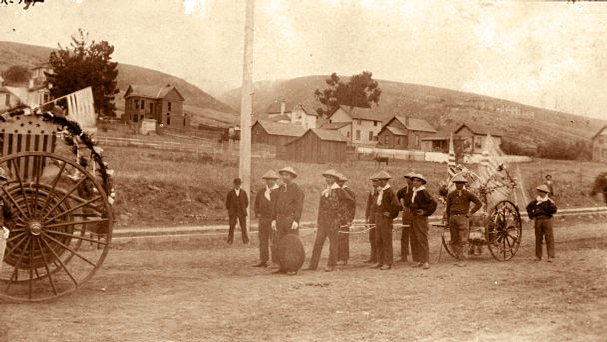 The Chinese Fire Company, circa 1870

In the early 1870s, the famed and important Chinese Fire Company was established to provide services to the Chinese community as well as the town of San Buenaventura. They often competed with the city-sponsored fire department to extinguish nineteenth century conflagrations throughout the downtown area. The Chinese community numbered approximately 200 people and lined both sides of what is presently Figueroa Plaza between Main Street and Santa Clara Street. There were about 25 structures in this densely packed neighborhood which was variously referred to as “Chinatown” or “China Alley.”

Unfortunately, the population of this Chinese community began to decline in the early years of the twentieth century as residents dispersed. Eventually, the block was modernized by the city and most of the buildings occupied by the Chinese community were removed. Over time, Chinese residents in Ventura County persevered, and today the Chinese community thrives and continues to celebrate cultural traditions through education, exhibits and festivals. The Chinese population in Ventura County has shifted to the east. Census numbers show about 10,400 people of Chinese descent presently living in our county.

The great legacy of our area’s Chinese pioneers

The early Chinese pioneers in San Buenaventura made a great contribution to the growth of this city and the burgeoning nineteenth century agricultural industry. 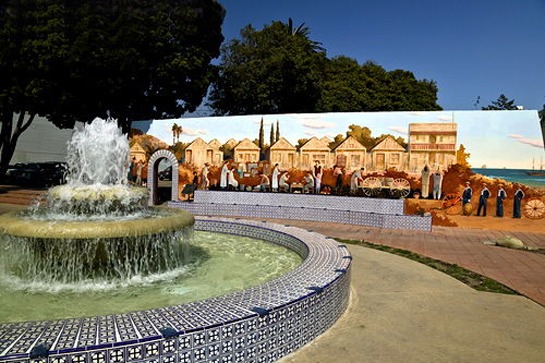 Want to see a little piece of Chinese history? Check these out:

The wall mural on Figueroa Street in Ventura was created in 2004 to honor the legacy of these amazing settlers. This is a wonderful tribute to all of the Chinese who helped to build our community. After approval by the City Council, the Ventura County Chinese American Historical Society commissioned respected Chinese artist Qi Pang and his wife Guo Song Yun to create the China Alley Memorial Mural. It depicts the simple wooden buildings that made up a completely self-contained community with its own shops, businesses, rooming houses, and a Taoist Temple that non-Chinese called “The Joss House.” 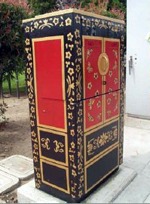 On the northeast side of the Clock Tower Inn, facing the Figueroa Street Plaza in Ventura, is the A.J. Comstock Fire Museum. This small exhibit portrays the history and growth of the City of Ventura’s Fire Department, including the Chinese Fire Company which operated in Ventura for nearly 30 years.

The Magic of Mother Nature

Nice job sharing this beautiful mural and some local Chinese history. Thanks!

Thank you Seth. Ventura County is rich in so much diverse history and we just love sharing it.

Keep up with what's happening at Totally Local VC