Did You Know… ? Ventura County Baseball

Did you know… that Ventura County has a long and rich history of baseball? 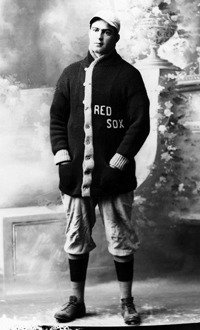 “Play ball!” – two words shouted time and again throughout Ventura County and two words synonymous with the game of baseball.

Teams like the Filmore Merchants and the Ventura Nationals filled the long-gone baseball stadium that once occupied the Ventura County Fairgrounds. Even the West Coast barnstorming tours of the New York Giants and Chicago White Sox came through in the early 1900s. These teams included Hall-of-Famers Fred Snodgrass, an Oxnard resident, slugger Tris Speaker and pitcher Christy Mathewson. Even baseball great Babe Ruth made his way through the area and, according to local legend, played in Ventura.

While professional teams did not succeed locally, our county has grown a pretty large crop of baseball players over the years.

Just a few of the local Ventura County athletes that played professional baseball include (in alphabetical order):

The love of the game

Ventura County has had a long love affair with baseball. Consider the following:

Howdy!
Regarding Snodgrass: When I grew up as a kid on Taft avenue in east Ventura in the early 1960’s baseball was my one game every day after school and play little league at Anacapa’s field with the Foster Freeze team. Even got a signed ball from Don Drysdale at the grand opening of the Ventura Savings and Loan on Mills Road (Union Bank today).
Now as I understood it Snodgrass grew up in a small farm house on the north side of Telegraph Rd. half way between Victoria Ave and Kimball Rd. The house is now gone. You have Snodgrass as having lived in Oxnard but I wonder if that info that I grew up with is correct that Snodgrass was from Ventura? …..or was it some relatives to Snodgrass that lived there in the lemon orchards?
Appreciate any info you might have.
Cheers!
Rickard Willebrand
Stockholm, Sweden

Actually, your memory and our article are both correct! Snodgrass was born in Ventura, so he WAS a resident of Ventura. But he also spent the first 20+ years of his post-baseball career living in Oxnard. So he WAS a resident of Oxnard. In fact, he was elected to Oxnard’s city council and was even appointed mayor. After resigning as mayor he moved back to Ventura, where he bought a ranch and grew lemons and walnuts. So you’re right again, Rickard! You can check out the whole story on Fred Snodgrass at http://sabr.org/bioproj/person/38dceecc.

You’ve not listed Oxnard’s Terry Pendleton, Dmitri or Delmon Young or Denver Lemaster, who all had significant careers. Pendleton, a Channel Islands High grad, was National MVP with the Braves.

Hey, thanks for the additional names. You’ve just verified some of the “And many more” part of the list!

Yes, there are more… from old-time pitcher Alex Ferguson of Camarillo, who played with Babe Ruth, to catchers Mike Lieberthal and Robert Fick, or one favorite, Jim Hibbs of Ventura, who had one at bat for the Angels.

Just discovered the Ventura County Gulls, who played one season in the California League 1987. All home games at Ventura College with no lights. Players included pitchers David Wells and Todd Stottlemyre Jr., catcher Greg Myers, infielder Eric Yelding and outfielder Rob Ducey. They had a winning record and finished 3rd.

So glad u added Denny Lemaster. He was one of the first. Just read article awesome. Thanks again