Did You Know… ? Beer Revolution

Did you know… that prior to 1977 what is now the Winchesters Grill & Saloon building in downtown Ventura was once a print shop?

Or that Winchesters is credited for helping with the rebirth of Ventura’s Downtown? Or that they are also credited for being contributors to the craft-brew revolution? 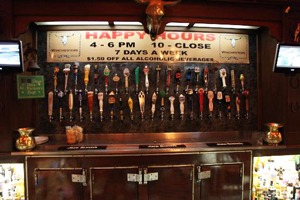 Prior to the 1970s, American beer was a big-brand industrially-produced product. Beer was just… well… beer. Most brands just produced a pale lager. Then came the mid-70s through the 1990s. American beer witnessed a revolution: full-flavored “boutique” ales and lagers appeared on the scene, hand-crafted in small batches, beers created by artisans in tiny breweries. It was during this craft beer revolution period that microbreweries were reborn as well as the legalization of home brewing. Brewpubs started popping up all over as great tasting craft beers were introduced to the consumer.

Did You Know… ? Cut Flowers