Did You Know… ? Ventura County Fair

Did you know… that early Ventura County Fairs featured bullfights? 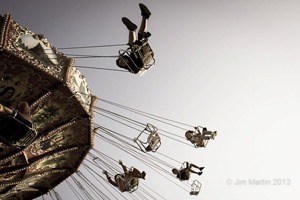 The Ventura County Fair has sure changed a bit since it was established in 1875. The first fair was held in what is now the heart of downtown Ventura. The fair’s primary focus was horse racing but also featured bullfights, cockfights and nightly grand balls. It was not until a few years later that the focus turned more toward local agriculture, horticulture and rides. In 1891, the fair moved from Ventura to Port Hueneme to take advantage of a new racetrack and grandstand that had been built by Thomas Bard. In 1909, E.P. Foster donated the land for what became Seaside Park and in 1914 the site became the permanent home of the Ventura Fairground.

From a covered wagon to shaping the face of a city 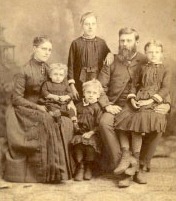 The E.P. Foster family, circa late1890s. Photo courtesy of Eric Gillett and Dotty and Robert Wheeler.

E.P. Foster was one of Ventura’s founding fathers and helped to shape the face of the city. He left Illinois with his family at three years of age, traveling across country by covered wagon. He worked hard and built up his fortune all the while giving back to the city that he loved. In addition to Seaside Park which became the home of the Fairgrounds, Mr. Foster also donated numerous other parcels of land to the public including Foster Park on the Ventura River, the Community Memorial Hospital land and Camp Comfort. He wanted to see Seaside Park used “as a public park and a place for recreation… and be a pleasure for the general public.” He planted hundreds of trees at Seaside Park (including Hobo Jungles cypress and palms). However, when the State took over the property, most of the trees were bulldozed down to create what is now Ventura County Fairgrounds. E.P. had little to do with the County Fair as his vision again was for a park-like setting.

We do not hear a lot about Mr. Foster these days when the history of Ventura County is recounted. We at Totally Local VC sure think that we should. He and his family gave so much to our community. We all continue to benefit from that generosity to this day.

The Ventura County Fair, “A Country Fair with Ocean Air”

Did You Know… ? Gluten Free

Did You Know… ? Ortega Adobe

I love learning the history of my beautiful Ventura.