The crops that come to mind when discussing Ventura County agriculture are usually sweet and juicy, like strawberries or pixie tangerines. Or celery. Part 4 of our history of Gold Coast Agriculture. 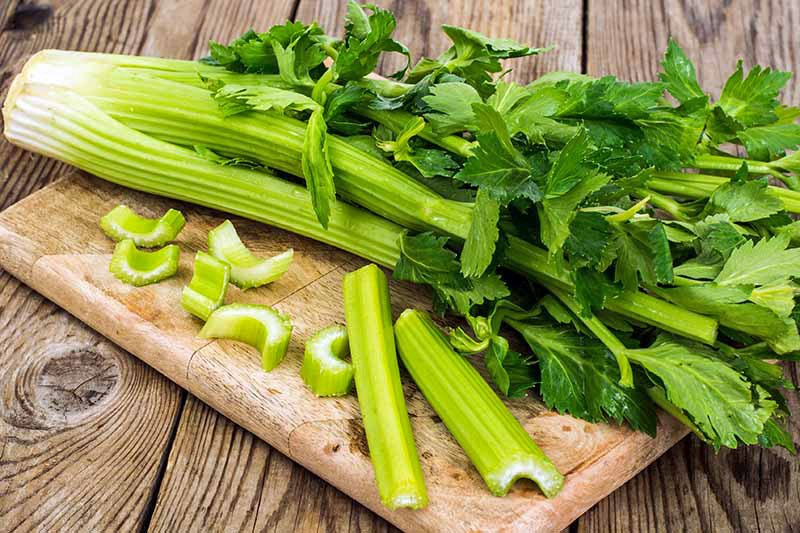 More crunchy than sweet, celery may not seem like the sort of sexy produce that would come from Ventura County, but 2010 saw $182 million dollars of it grown on local farms. After the mid July release of the annual crop report, many were surprised to see celery named the number two crop in the County. Perhaps that should not have been so surprising. 2010 is an all-time high for local celery production, but it has been one of the region’s top crops since urban development began to displace it from Los Angeles and Orange counties in the 1960’s.

Like all successful Ventura County crops, celery responds well to our moderate coastal climate. There are many areas with cheaper ground where celery can be grown, but without a consistent climate, the growing season can be limited. Edgar Terry of Ventura grows 500 to 600 acres of celery every year, and discusses our county’s comparative advantage. “Alternate growing areas in the Imperial and Yuma areas have such wide fluctuations of temperature during our time frame, that the window for harvest is only about six to eight weeks long.” By contrast, celery is nearly a year-round crop in Ventura County. “Nearly” is an important word here.

Farmers ensure that there is no celery growing between July 16th  and August 5th of every year. This three week break is enough to disrupt the lifecycle of the Western Mosaic Virus, a plant pathogen for that finds celery an ideal host. This simple but practical solution has proven highly effective at controlling the disease. It also lends itself to another strategy employed by celery growers: alternating celery with other crops.

The ground from which celery sprouts may find itself covered in parsley, cilantro, spinach or radishes at other times of the year. Peppers are a popular companion crop.

“Peppers and celery work well together because peppers are a summer crop that is harvested from mid-July through the end of November” says Edgar Terry. “So, when peppers start to come out of the ground the celery crop can be planted right after the peppers.” With a 2010 value of $45 million, peppers are the ninth ranked local crop. The ability to harvest two valuable crops from a single field is one strategy for keeping farming economically viable on expensive Southern California soil.

Deardorff Family Farms of Oxnard rotates celery with tomatoes, and find it plays well with their emphasis on sustainable farming practices. “Celery leaves a lot of bio-matter in the field”, says Scott Deardorff. These decomposing roots and stalks help to build the soil once they are plowed under. Summer crops like Tomatoes draw nutrients from across the soil profile, making maximum use of any fertilizers applied. Since 2007, Deardorff Family Farms has included organic acreage among the 1400 acres of celery that they grow annually. “If things go right, you can get relatively the same production” with organics, although that is balanced by smaller size and increased risk of disease.

Anyone who has eaten celery knows that it contains a lot of water. While it might be reasonable to think that makes it a poor choice for perpetually thirsty Southern California, much of the local celery crop is grown during our winter and spring wet season. Seasonal rainfall helps a great deal, but supplemental irrigation is needed. Modern drip irrigation systems use roughly half the water of older techniques, keeping celery’s water needs in line with other local crops. “With drip, you get better production and better quality, while using less water” says Scott Deardorff.

Having made it to “Number Two” will celery ever dethrone strawberries as the County’s most valuable crop? Barring a catastrophe in berries, that seems unlikely to happen any time soon. Unglamorous and often overshadowed, celery is likely to remain a central component of the broadly diversified crop mix that drives Ventura County’s $1.89 billion farm economy.

This is the fourth chapter in Chris Sayer’s series on agriculture in Ventura County:
Where it’s been, what it has meant to the community, and a bit of informed speculation on where it is headed.

Previous chapters:
Chapter 1: The land before thyme…
Chapter 2: If you build it, they will come…
Chapter 3: The Golden Age

Next time: The post-war boom rocked the agriculture world.